Meat is a nutrient dense food. “Good and good for you” as my Mom would say.

They all dropped meat from their diet, but went back after noticing changes in energy and health.

A nutritious-diet is one of the most important factors in maintaining a happy and healthy lifestyle. It is important to listen to your body and identify the nutrients that are needed, including many of nutrients found in beef. Some celebrities have tried limiting or removing animal-proteins for their diets but have returned after experiencing declining health while on a vegan or vegetarian diet. 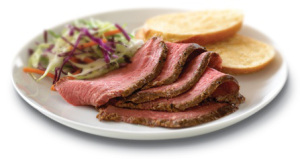 Anne Hathaway famously made her “health rebuttal” when she returned to a diet including meat. The actress was known to sustain a completely vegan diet, even serving a full vegan menu at her wedding.

Hathaway stated that her vegan diet had taken toll on her health, revealing that she felt tired and weak while filming Interstellar. She told Harper’s Bazaar, “I didn’t feel good or healthy,” but said…