“Most of that high quality beef that you would find in those white tablecloth, high-end dining experiences (has) a tremendous amount of waste fat that must be trimmed from the carcass,” said Dr. Ty Lawrence, professor of meat science and lead researcher on the project.
“Conversely, if you have a high-yielding carcass that is trim, it is most often low in marbling. What we’re trying to do is both at the same time. We want to be able to produce taste fat without that waste fat.”

Over five years ago, Lawrence was walking through a meat packing plant, and within 10 minutes, he found two carcasses that graded Prime, Yield Grade 1. This combination of quality grade and yield ranks as the best in the United States Department of Agriculture’s (USDA) beef evaluation system and only occurs in about .03 percent of all beef carcasses.
“You’ve kind of got to be standing in the right place at the right time and have your lightning rod up to get struck and see one of those,” Lawrence said. “That’s the ‘aha’ moment; that’s what gives you the impetus to call your boss at 11 o’clock at night.”
Lawrence called Dr. Dean Hawkins, Dean of the College of Agriculture and Natural Sciences at WTAMU, and received the go-ahead to buy the steer and heifer carcasses and begin his research.

WTAMU researchers teamed up with ViaGen Cloning Technologies to clone a bull they named Alpha from the steer carcass. Three heifers were also cloned from the heifer carcass named Gamma 1, 2, and 3. The crossbreeding between Alpha and the Gammas resulted in 13 calves, nine bulls and four heifers. “Then, our research hypothesis: If we can create a male and a female from a clone and crossbreed those, we will simultaneously improve beef quality and yield,” Lawrence said. “We kept the two best bulls and sent seven of them [steers] to our research feedlot. The remaining two bulls and four heifers are under the good care of Dr. David Lust, associate professor of animal science at WTAMU at our Nance Ranch. They live there today.”

“The calves were raised by their mothers while grazing our native pastures, in the herd with our other commercial cattle,” Lust said. “They were weaned at a normal time and then fed at the WTAMU Research Feedlot for 185 days on a typical feedlot diet. They have been treated just like commercial cattle throughout the industry.”

The seven steers sent to the feedlot were finished out and then harvested. A USDA grading supervisor found that one of the seven achieved Prime grade, three graded High Choice, and three were Average Choice. For perspective, the meat grading industry average is Low Choice, with only about ~3% of all cattle grading Prime.

The steers averaged a 15-inch ribeye, which was a 9% increase from the average of a 13.7 inch ribeye. When adjusted for the steers’ smaller size and weight in comparison to the average animal, it became an 18% difference in size for the cloned steers. John Sharp, chancellor of the Texas A&M system, said that, compared to industry averages, the steers produced 16% less seam fat, 45% more marbling, and 9% more ribeye poundage. Lawrence said that they gained just 2.9 pounds a day on feed, without any additional hormones. “We’re selecting for a genotypic trait, instead of a phenotypic trait like a lot of cloning projects have done,” says Landon Canterbury, manager of West Texas A&M University’s ranch.

“In and of itself, these individual traits of better marbling, better muscling and better yield are not that impressive on an individual basis,” Lawrence said. “What’s impressive about our cattle is that they all occurred simultaneously in the seven cattle. We’ve been able in seven animals, as a proof of concept, to shift the distribution to higher quality and higher yield simultaneously.”

WTAMU Assistant Professor of Animal Science Trent McEvers said this project contains the power to affect cattle producers through increasing efficiency for the beef industry.
“In my opinion, the way this is potentially going to shift the industry is that for every pound of feed that we feed an animal, if a higher proportion of that weight of feed is actually converted into muscle, then fat, that basically improves our utilization of energy,” McEvers said.

“In our college and across the university … our mission and goal is to provide a world-class education to the most valuable commodity, (and) we think, in Texas, that’s the young people,” Hawkins said. “Our second goal is to conduct cutting-edge research with applications that apply directly back to the producers that feed us every day.”

The next step for WTAMU is to compare the bull Alpha to top Artificial Insemination (AI) sires from the Angus, Simmental, and Charolais breeds. Additionally, 1,300 cows have been bred by Alpha, and the calves will be treated the same as any other calf while in the feedlot. It is important to remember that these calves are not cloned – they are the product of cloned animals.

It will be fascinating to see the results from all of these future offspring and the impact they will have on the beef and meat industries. It will be an amazing day when you can go into 10 different restaurants, and the steak you order in each one will be as tender, flavorful, and juicy as the previous one; gone will be the days of inconsistency between each steak! Below is a great video that sums up this project. It is a good day to be a WTAMU Alum.

This post was created from the following news sources: 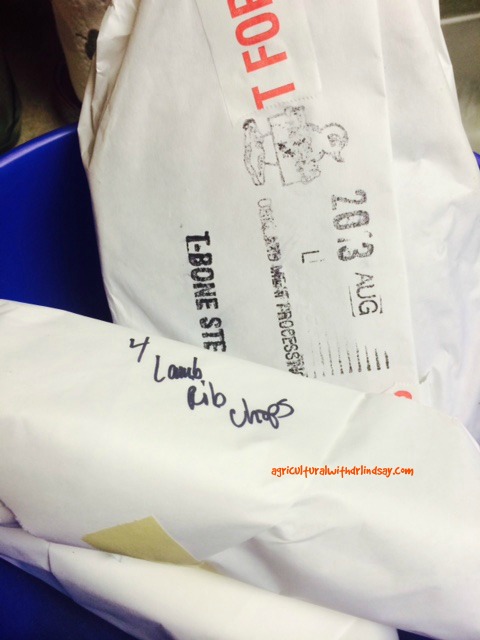 Does freezing meat make it more tender? The answer is… Maybe. One of the great things about research is new things are being discovered daily, or we are expanding on previous research that has been done, which provides more information to things we did not previously know.

Kansas State University has been doing research to see if freezing meat can make it more tender. Six different muscles from the hind quarter were the focus of the research by Dr. John Unruh and grad students. They found that freezing the strip loin and inside round steaks improved tenderness by as much as 10%, as compared to the tenderness before the steaks were frozen. The research used paired strip loins (available in a retail setting), which were frozen, thawed, and evaluated for tenderness using a Warner-Bratzler Shear Force test, which determines how tender or tough meat may be (video demonstration).

Dr. Unruh said the strip loin (from the sirloin) and inside round (from the round) steaks were more tender because they did not loose as much moisture during freezing as the other steaks did. As you can see, this research opens the door for further research… What about those steaks/muscles helps them retain moisture? Is it associated with a locomotion or movement muscle on the animal that is impacting moisture holding? Does animal diet/stress/age/etc. impact water holding capacity in those muscles?

You may be asking yourself, so what or who cares? Well have you ever heard anyone recommend a steak because it was tough or hard to chew? Me neither. We like steak to be tender. We can preserve meat by freezing it and now this research indicates that freezing may be advantageous to meat tenderness versus detrimental. It will be fun to see what further research in this field finds.

For more information on meat cuts, I also like Beef Cuts: Primal and Subprimal Weights and Yields.

** Note: I am not promoting one entity over another, just using the materials as reference.

Ryan at Agriculture Proud has a post I wanted to share…
A literature review released by Standford University indicates that organic foods do not offer significant safety or health benefits over conventionally produced food. It is important to understand all of the facts so you can make the best decisions for your family when it comes to purchasing food.

Earlier this week, a journal on Internal Medicine released a review from Stanford University which concluded that there are no significant health or safety benefits of choosing organic over conventionally grown foods.

This is different from previous papers in that it is a review of recent, relevant studies, instead of a research study in itself. The group from Stanford looked at 237 studies analyzing the benefits and dangers of eating organic vs conventionally grown food products. What they found upset many proponents of organics who use health reasons for their choices.

Study Says Organic Isn’t Healthier? Here’s Why It Still May Be Worth The Cost – Forbes

I won’t muddle through the details of the review or debate the details. This… 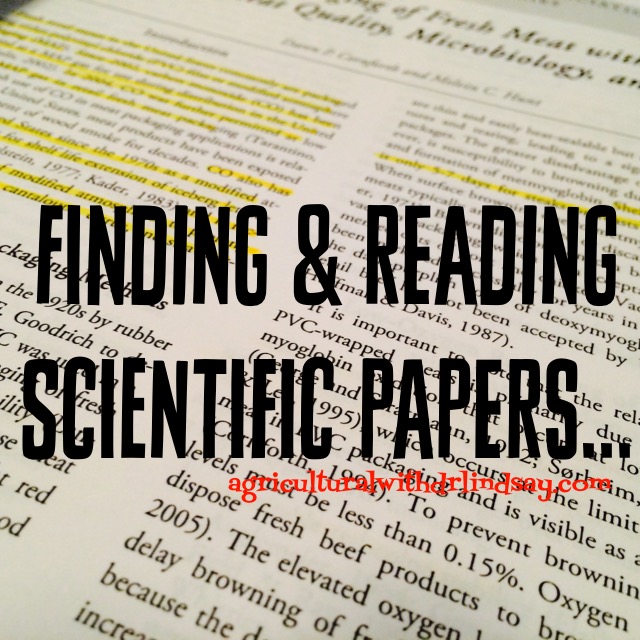 People quote a lot of “research” on the internet, however, the sources are generally not peer reviewed or from reputable resources.

This blog post was recently shared with me about the purpose of science, and how science may make mistakes, but how they are usually corrected via more/other science. A good read.

What other tips do you have for finding credible, scientific, peer-reviewed information?